Spring is officially two-weeks-and-a-day away by the calendar, not that we haven’t had spring-like days on occasion since the Groundhog prognosticated or won’t have winter-like days on occasion in the month ahead as Old Man Winter, hanging on like on unwelcome visitor, occasionally procrastinates.

Yesterday, a moment to Think Spring, was one of those rites of the anticipated season – attending the Philadelphia Flower Show.

My friend N and I had planned for some time to take a bus trip courtesy of the Susquehanna Township Parks & Recreation Department. We’ve done this before since neither of us particularly enjoy the prospect of driving the Schuylkill Expressway, winding our way in and out of the city and then dealing with parking around the Convention Center.

What I hadn’t counted on was not being so fully recovered from last month’s surgery to repair a pesky pair of hernias: the biggest problem for me was having the incisions located across the belt-line where the body naturally “folds” when you sit in a normal chair. It makes sitting and bending a problem. Going to a couple of concerts in the past few weekends was painful more because of the chairs I had to sit in than anything else (Whitaker’s, in this sense, are far easier to deal with than those nightmares called seats at the Forum). Walking isn’t such a big deal except for the constant rubbing against fabric. Replacing a belt with suspenders helped eliminate one layer of stress. By the day of the trip, I felt things should go pretty well, but a week before was still a bit iffy.

My last apartment in Harrisburg had a landlord who weed-whacked the grass and anything I had planted in it because he couldn’t tell the difference between lilies-of-the-valley, clematis or sunflowers and any of the usual weeds that proliferated in this patch of dirt. After he sold the place, the new landlord reluctantly mowed the yard twice a year and so with everything else nearly up to my armpits there was no sense planting anything that couldn’t be seen even it had survived the mowing.

But at my house, now, most of what I tried planting turned into rabbit fodder or turned out to be something that, if it did survive the rabbits, really wasn’t going to grow in 99% shale.

So I tend to garden vicariously by visiting friends who have the patience and skill for gardening (regardless of the soil quality or the varmint population) and on occasion attending the Philadelphia Flower Show.

As for houseplants... living in a house with nine cats (five of them not yet two years old), even putting out silk flowers risks hearing “nom nom nom nom - crash!” in the middle of the night, only to find stray bits of artificial petals and leaves scattered about the house by daybreak. Gone are the days I would try to prolong the agony of an orchid a friend had once sent me from his own greenhouse...

I’ll blog about the show itself later, especially after I’ve uploaded the 60-some pictures I took and see if any are presentable. I had taken over a hundred the last time: there was something about this show that kept camera activity at a minimum, whether it was the bad lighting, the fact much of it seemed already to have been past its prime (on the fourth day of the show, yet it runs till Sunday), or just thinking it was not as interesting as it had been in years past (perhaps the victim of the economy with cheap representations of the main theme, Bella Italia).

On the trip down the Turnpike, we watched the grim roadside world dealing with the latest snowfall from Sunday’s and Monday’s storms. Not much snow but enough to keep everything white, brown and black. On one farm, there was a doghouse in the middle of a large fenced-in area, the dog sitting up black against the snow, a path worn down to the dirt from the doghouse to a large nearby tree. Shetland ponies with their long shaggy manes roamed in a field at another when I spotted on the lane toward the house, two or three small kids in a tiny hay-filled wagon being pulled by another pony, their own miniature hay-ride on a crisp winter morning.

And there were deer along side the highway, often standing inside the dividing fence between the farmland or woods and the highway’s embankment. The snow had been filled with the footprints of men in the maintenance crews cleaning up the trees and branches that had fallen over the fences from the recent winds, but every now and then, a couple of does or some no-longer-spotted fawns munched on the dry grass and twigs.

Once we were on the Schuylkill Express and the view became more industrialized, I turned to the book I’d taken along. Rather than try to sink my concentration into a novel, in situations like this I enjoy reading – or re-reading for the umteenth time – one of May Sarton’s journals, this one “Journal of a Solitude,” kept while she was living in a small out-of-the-way New Hampshire village. As I’m reading her entries from February that year, describing how it had, this one morning, warmed up to 0° after several nights with lows of -10°, I thought of a former co-worker who’d complained on Facebook about the previous day’s 13° – if he wanted weather like this, he’d move to Siberia. So of course I checked a weather-site and found it was actually 12° in Siberia at the moment. Even though it was a comparably toasty 28° when we left for Philadelphia, I realized I’m not the only one looking forward to springtime.

Everywhere in Sarton’s journal there is the eagerness to get back to her gardening – which she views as “a door to the holy” – her concern for how things are surviving the winter, that it might be too soon to remove the spruce branches protecting the daffodil bulbs because there could still be more snow. Even in the dead of winter, if her house does not have spring flowers in it – potted daffodils and tulips, bowls of amaryllis, vases of cut flowers – the house seems dead without them. In January she writes, “Ordering seeds is my reward for finishing the income-tax figures.”

Then N points out a car passing us, an elderly woman driving a car with one of those PD plates (that have replaced the “handicapped” label) driving with her left hand on the wheel, her right hand busy texting someone on her cell phone. I wonder if “texting-while-driving” (especially at high speeds on what is commonly called The Sure-Kill Expressway) constitutes an official handicap?

At that point, I was reading Sarton’s description of a neighbor well past her “middle years” who boasted about getting the local paper to suppress her real age and print it as 39 after she’d been involved in a slight accident with her car. Sarton, about to turn 59 – my age as I’m reading this – complained that growing older is viewed in this country as a sin, that even people who are only in their 30s mourn their lost and wasted youth. By belittling old age, we give young people nothing to look forward to, that maturity is not an asset, that life is all downhill after 30.

Things have not changed much from the “Don’t Trust Anyone Over 30" days of the 1960s. To put the journal in context, I found this passage thought-provoking:

- - - - - - -
“At nine I forced myself to look at and listen to Nixon’s nonconversation with four TV pundits. His answer that one cannot be asked to project a vibrant dream when in the middle of a nightmare summed it all up – his total lack of vision in the humane sense. For it is surely just to the nightmare time that vibrant dreams are born and can be communicated effectively... Churchill in 1940, Roosevelt in the Depression Years. What a cramped little soul comes through from Nixon!”
- - - - - - -

Then she goes on to contrast this with David Brinkley’s interview with six high-school magazine editors.

- - - - - - -
“These kids were articulate, caring, thoughtful, and realistic. But what has Nixon said to give them hope? Still, their talk warmed the cold air and I went to bed feeling happy about the future and in the thought of what the eighteen-year-old vote may do to change the crass defeatist atmosphere.”
- - - - - - -

Later that month, she received the first printed copies of her latest volume of poems, A Grain of Mustard Seed, which she got ready to mail out to her closest friends. 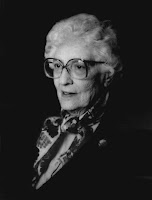 Things had not changed drastically from 1971 to the past several years of the Bush White House or to the current gloominess of our economy.

After having seen the Flower Show and felt rejuvenated by seeing so many beautiful flowers if not exhausted by the walking, we grabbed a quick dinner at the Reading Market across the street at a little Chinese diner called The Golden Bowl (which, to Henry James fans, would indicated it is not all its cracked up to be) and then sat in plushly comfortable leather-covered chairs (at a semi-reclining position, much more bearable than an ordinary chair with its ordinary fold across one’s ordinary waist-line). I tried to read more but was distracted by the music in the sound-system’s background as much by the constant conversation and cell-phone calls of those around me. Just as I opened the book to where Sarton wrote about it being, once again, -10° with more snow on the way, I became conscious I was listening to Robert Schumann’s “Spring Symphony,” one of those serendipitous simultaneities of life and art. Thoughts of spring after the flower show made it almost seem like an audio-hallucination.

It turns out they were playing mostly movements – which I loathe, relegating great art to the mereness of wallpaper – and mostly stuff I tried to block out from my hearing (one of those insipid Rossini String Sonatas, for example). But then they played all of Mendelssohn’s Violin Concerto, a war-horse I had not heard since at least last June. I could not hear it clearly enough to tell who might have been performing except it was not the traditional 1st movement cadenza Mendelssohn published with his work, meaning it was either Joshua Bell who supplied his own, or Daniel Hope who used an earlier edition before Mendelssohn changed it on his violinist’s advice. Then, much to my surprise, there was the last movement of Paul Hindemith’s “Symphonic Metamorphoses on Themes of Carl Maria von Weber.”

With that, the bus arrived and we were on our way home. And a little bit closer to springtime.