987 Words Which Have Nothing to Do with New Year's Eve... 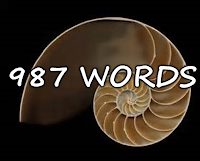 Like a sequel to the recently released film-version of Cats, something else no one is likely to be waiting for is my imminent return to even moderately regular blogging at Thoughts on a Train, since it's been over a full year since I've posted anything after my latest serial novel, another “classical music appreciation comedy/thriller.” The idea to resume writing – and more importantly to post the results – was a fairly spontaneous but not necessarily welcome idea. Long retired, why not sit around watching TV or staring disconsolately into space?

Perhaps practicing my so-called writing skills could help keep what's left of my mind sharp, or sharper than it seems to have become as the world sinks into an increasingly darker pit of despondency. New posts should come easily, railing at life's indignities assailing us from every angle, but that's why there's Facebook and Twitter.

Aside from wondering what I might want to write about, whether anybody wants to read it or not – considering I usually write rather long posts – I was wondering how I might keep them within certain, more manageable, potentially realistic bounds. I mean, many of them, even after editing, ended up around 4,000 to 5,000 words.

Inspiration came from watching an Australian TV drama called 800 Words where, the basic plot aside, the main character writes a column called “800 Words” which, not surprisingly, consists of exactly eight hundred words.

Doing a bit of on-line searching (is it still “googling” if Google is not your default search-engine?), I discovered several websites geared for writers who want to write in compact units of 800 words. That could be a free-range essay or short story (a very short story), or a way to work on one's self-discipline.

I'd participated in several “November-Is-National-Novel-Writing-Month” (NaNoWriMo) challenges where the goal was to write 50,000 words of a novel in one month. Not necessarily a 50,000-word novel, but at least 50,000 words toward the novel-length-of-your-choice.

Granted, it's a challenge for many people to find time in their days to write at all, but it's easier if you break it down to a goal of, say, 1,613 words a day. Some days I could barely manage 600 words, compared to those days I'd rattle off a few thousand for a blog-post.

Clearly, I have no problems blathering away on the keyboard just putting words on paper – or, rather, on my computer screen – so, for me, what's the point of trying to write only 800 words? Why try my hand at writing compact short stories when both of my last two novels were almost 200,000 words long? Yes, “learning” to write shorter works, especially in this day of short attention spans and non-taxing tweets, might be highly recommended. But it is also an age of binge-ing, a dichotomy I find intriguing.

It's not that “writing 800 words” wasn't a sufficient challenge, since many would consider writing even 100 words a daunting task. I just didn't feel drawn to writing that number of words, you know? It also didn't appeal to me because the “word goal” seemed so arbitrary, not being particularly interested in writing self-contained stories.

In addition to those essays by E.B. White about his living in Maine, I also found myself intrigued by the feuilleton, originally “a supplement to the political portion of French newspapers, containing non-political news and gossip, literature and art criticism, a chronicle of the latest fashions, that also contained epigrams, charades and other literary trifles.”

Now, that's something I'd find more interesting and certainly fits in with the original, free-range idea behind Thoughts on a Train. One week I could write about something musical; the next, maybe something “literary.”

A few decades ago, I'd become fascinated by the Golden Section and how it relates to symmetry and proportion in art, plus the unique numerical series that reflects it: read more about it, here. (Seriously, you expect me to explain the Fibonacci Sequence and still keep this under 5,000 words? That's what Wikipedia is for!) So rather than write 800 words, I chose the oddly specific number 987, only because it's part of the Fibonacci Series. I'll explain later, but let it suffice that's only part of the reason.

It should be more than just an arbitrary choice of another number, something I'd chosen at random but still within reason, so I thought my feuilleton could reflect the proportions of the Fibonacci Sequence. Like a piece of music in, say, “sonata form,” everything could be structurally subdivided into a pattern reflecting the Golden Ratio.

Drawing a line and dividing it at the Golden Section – see illustration, left – results in two unequal parts, not exactly “halves,” and subdividing each segment further results in smaller segments but with similar proportions. If this line represents the time-span of a novel or piece of music, various subdivisions could help create chapters or phrases.

Rather than producing a sequence of equal, box-like units dividing everything in halves, it creates an asymmetrical sense of rhythmic flow. If handled properly, it can propel the reader or listener toward the conclusion.

This so-called “Golden Proportion” occurs frequently in nature – in nautilus shells and sunflowers – or in pleasant balances of art or architecture, where you can, with a practiced eye, at least see these proportional relationships. How do you do that in something unfolding in time, not just space, like listening to music or reading a book?

Like many things we look at, listen to – or read – and find satisfying, we cannot explain why we respond to it. But we do and do it without really understanding what initiates our response.

If you listen to a symphony by Beethoven or a song by Beyoncé, you can enjoy it without any musical training, so much technical stuff going by unnoticed even if you are musically trained.

So we'll see how long I can keep up a weekly 987-Word Challenge, though it's not really a New Year's Resolution...

Posted by Dick Strawser at 11:47 AM No comments: Links to this post