A Good Year for Haydn 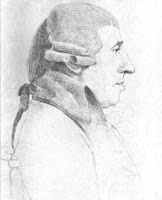 There are some posts I've written over at the Harrisburg Symphony Blog -- A Good Year for Haydn especially Part 3 of the post (Muses on the Brain, right or Left) -- that are based on the first class I'd given at HACC last week. This is for the course about Haydn and his life in this anniversary year, observing the bicentennial of his death.

Joined by the Susquehanna Chorale, the Wheatland Chorale and the Messiah College Concert Choir, soprano Ilana Davidson, tenor Benjamin Butterfield and bass Richard Zuch, the Harrisburg Symphony, conducted by Stuart Malina, will be performing Haydn's oratorio "The Creation" this weekend, Saturday at 8pm and Sunday at 3pm at the Forum in downtown Harrisburg. I'll be doing the pre-concert talk an hour before each performance.