Pictures for the Haydn Class

This post contains illustrations I'll be using for my class on Haydn at the Harrisburg Area Community College tonight (Nov 11) which will continue next week (Nov 18). 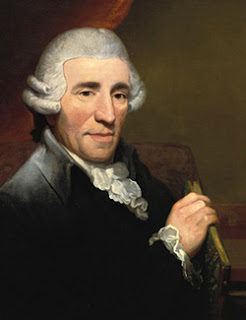 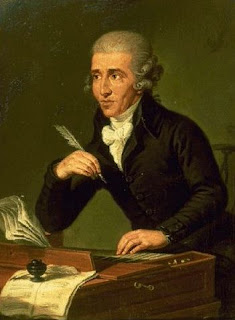 Esterhaza, the palace built by Prince Nicholas Esterhazy, was about 53 bone-crunching miles from Vienna in an area that had little else to recommended it except its great duck hunting. Still, the Empress Maria Theresa said, "if you wanted to hear good music, you had to go to Esterhaza." 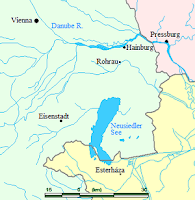 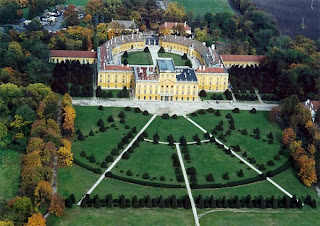 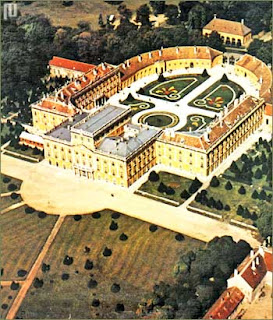 Rooms of the palace: 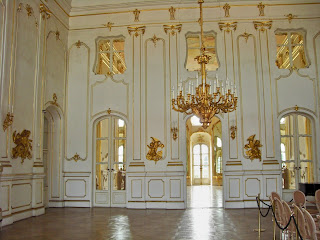 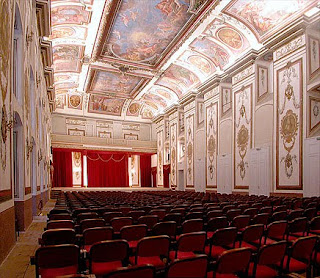 Another music room in the palace. 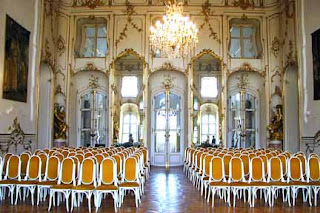 The opera house and theater was in a separate building that was, aparently, destroyed during World War II.

Here is Mariss Jansons conducting the Berlin Philharmonic in the first movement of Haydn's Symphony No. 94 in G Major, usually known as the Surprise - in German, they call it "Mit dem Paukenschlag" or "With the Drum Stroke."
- - - - - - - - 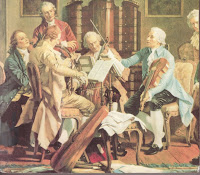 Haydn loved to play string quartets and in fact sat down with friends at least once that included Mozart playing the viola. I'm not sure when this picture was painted or if it's even an actual portrait of Haydn, Mozart and Friends or just an artist's fanciful image of such a gathering.

Follow this link to hear the Cypress Quartet playing the 2nd Movement (Largo) from Haydn's String Quartet in D Major, Op.76 No. 5. (They'll be playing in Harrisburg in January, 2010, with Market Square Concerts, quartets by Claude Debussy, Jennifer Higdon and Samuel Barber.)

This (see below) is a water color by Balthasar Wigand who attended the performance in 1808 of Haydn's "The Creation," a special concert to honor the composer on his 76th birthday. Old and ill, Haydn was brought in on a sedan chair (in the days before wheel-chairs): it was a very emotional experience for all involved. It also turned out to be Haydn's last public appearance at a performance of his music: he died the following year, May 31st, 1809. 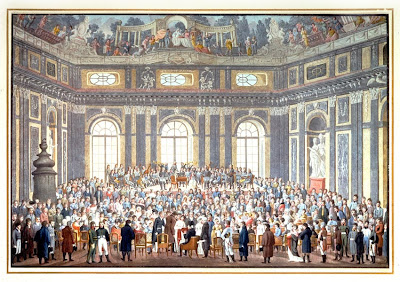 Next Wednesday's class will cover more information about modern listeners' approaches to Haydn and about his work, "The Creation," which the Harrisburg Symphony (along with the Susquehanna and Wheatland Chorales) will be performing November 21st & 22nd at the Forum (Saturday at 8pm, Sunday at 3pm). I'll be doing the pre-concert talk an hour before each performance.

Posted by Dick Strawser at 5:22 PM