Last week, I snatched up a copy of Frederik Prausnitz’s biography of Roger Sessions, subtitled “How a ‘Difficult’ Composer Got That Way.” It was published in 2002, so it’s not like it’s an old book and hard to find – it hadn’t crossed my radar yet, not likely to show up in your typical American bookstore or public library shelf. I found it at an independent book-seller in uptown Harrisburg called “The Mid-Town Scholar” which has a pretty decent music collection among its used books.

(One of the things I like about the store is that, 56 years ago, my dad was getting this converted movie theater ready as a new clothing store called “The Boston Store,” helping to turn the area around the Broad Street Market into the Uptown Business District. Today would be my dad’s 93rd birthday, as it happens.)

Now, Roger Sessions is a composer I’ve always been fond of but, like many American classical music lovers, I was never really familiar with his music. Much of that is because of this “difficulty,” though that hasn’t stopped me with other composers. I own several CDs of Sessions’ music – symphonies, some piano pieces, the piano concerto – and when I was teaching at the University of Connecticut, I took a caravan of students up to Boston to see the American premiere of his opera Montezuma with Sarah Caldwell and her Boston Opera. But for some reason, he's never been high on my listening list. 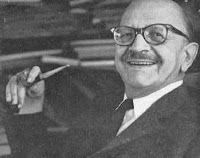 So finding something that was a biography that might shed some technical light on the details of his style, especially the evolution of that style, was a must-purchase no-brainer for me (and fortunately at a price that fit within my limited budget). I look forward to getting into it in the next few weeks.

How a composer composes is something I find fascinating. I’m not even sure I know how I compose, but reading the thoughts about other composers, about how their creativity works, is something both informative and comforting: usually, when I try to analyze my own process, I can only presume this is how it works for others, so it is reassuring to find other composers who appear to think the same way or present a different process – which in turn might shed some light on how the great composers of the past dealt with their creativity. One can only assume so much, looking at or listening to their music: unless they’ve specifically written something somewhere, there is nothing to prove your assumption. 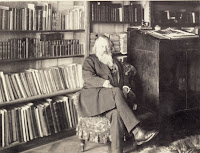 This was something on my mind a lot, the past few weeks, listening to Brahms’ 1st Symphony as the Harrisburg Symphony was getting it ready for their last concert of the season last week. I have heard this work many times – even listened to it several of those times – and I am constantly amazed by at least one thing: not that it took him so long to complete it (he spent 24 years working on his first attempt at a first symphony, 14 of which were spent actually working on what would become his 1st Symphony), but that it sounds like such a unified work from beginning to end, you would have no idea he was 29 years old when he started the first movement and 43 when he completed the last movement.

In his preconcert talk, conductor Stuart Malina mentioned how much of the thematic material throughout the symphony is based on certain note-patterns – mostly thirds (either as specific intervals or as melodic outlines) and half-step lower- or upper-neighboring tones – often used beneath the surface level of the melodic material. Whether this was something conscious in Brahms’ composing the piece – even on the installment plan – one can only guess: not only did Brahms notoriously destroy his sketches and rough drafts, he never really said much about how he composed and certainly never wrote articles for music periodicals or gave interviews to people asking questions like “So, tell us, Johannes, how did you come up with that theme in the first movement?” Unlike Olivier Messiaen, he never wrote something called “My Musical Language.”

(That’s why his talking about such general aspects of his creative process with a student, George Henschel, who wrote them down for posterity, is so important. You can read a post about those comments he'd made the summer he was completing the 1st Symphony, here.)

That the interval of the third was structurally important to Brahms is obvious – look at the opening of the 4th Symphony for perhaps his most famous example, and how chains of thirds ‘inform’ the late piano Intermezzo, Op. 119, No. 1 or the third of the Four Serious Songs – but is it coincidental the key scheme of his 1st Symphony is also based on thirds?

The first movement is in C Minor, the second is in E Major, the third is in A-flat Major and the finale ultimately in C Major. That’s a series of rising 3rds (considering A-flat the same as G-sharp) – I also think of the symmetry of E being a major third above C and A-flat being a major third below C – same difference.

Well, Brahms did it elsewhere. The Third Piano Quartet in C Minor – which, along with the C Minor String quartet, was another work that was slowly gestating along with the C Minor Symphony – begins with two movements in C Minor, followed by a gorgeous Andante in E Major – and, not surprisingly, with a melodic chain of descending thirds: G-sharp – E – C-natural – A resolving to G-sharp , a melodic sequence that also gives the movement its peculiarly haunting harmonic sound.

But he also does this in two works completed shortly after finishing the 1st Symphony. In his 2nd Symphony, the 1st Movement in D Major is followed by an Adagio in B Major (a minor third down) which is in turn followed by an intermezzo in G Major (a major third down), before returning to D Major. The Violin Concerto’s luminous Adagio – his calling it a “wretched little adagio” is more self-deprecating humor than his actual assessment of the piece – is in F Major, a minor third above the home key of D Major.

Standard Procedure in the late-18th Century was for contrasting movements to be in “closely related” keys. The second movement of a work in the white rat, garden variety key of C Major, for instance, could be in the dominant or subdominant major or relative minor – in other words, G or F Major or A Minor. A work in C Minor would normally have a contrasting second movement in the relative major, or E-flat Major (same key signature, but different pitch as the tonic). The third movement would usually be in the home tonic.

Only later did composers try to find more variety in their options. Beethoven, in his 3rd Piano Concerto which is in C Minor, writes his slow movement not in E-flat Major as you’d expect, but in E Major. It’s a much brighter sounding key and while the switch from the pitch E-flat of the ‘darker’ minor key to an E-natural implying a ‘brighter’ major key is one thing, but the switch from the dominant pitch G to the G-sharp of an E Major chord is one of those emotional frissons when listeners probably sat up and went, “what? ”

That this scheme of thirds – either in the melodic writing or in the overall key scheme of the complete work – is not original doesn’t make it any less interesting. It’s what helps make the work sound a little different from the ordinary. A lesser composer would have written the 2nd movement in the expected E-flat Major, the 3rd movement most likely in G, a key scheme spelling out, after all, a C Minor triad. And while it also helps make it sound more like Brahms than that theoretical lesser composer (who could never have written a 1st movement like that in the first place), it also helps make the symphony more of a whole, whether we realize it consciously or not.

It is one of those moments where the brain, seriously engaged or not, is still given something to savor as the heart enjoys the overall surface of the work.

This underlying logic is one of the reasons Brahms was considered, in his day, a “difficult” composer. In an age when Wagner and Liszt were writing more dissonant or more harmonically adventuresome music “for the future,” Brahms’ music sounds more academic, not just because he wrote in old-fashioned forms like variations and fugues. Even if he isn’t using outright fugues in his 1st Symphony, its heavy reliance on counterpoint and the frequent use of contrary motion between melody and bass was usually dismissed as “academic,” things one learns in school to help your craft but which you jettison as soon as you arrive in the real world.

Because he wasn’t writing operas or using the symphony to tell involved dramatic stories like Liszt’s “Faust” Symphony or even implied stories like Tchaikovsky in his 4th, 5th and 6th Symphonies, Brahms was considered an abstract “classicist” in an emotional, “romantic” age, despite the passion in his music – is anything more passionate-sounding than the first movement of this 1st Symphony?

Curiously, it is Brahms’ reliance on technical control – the fine structural, often imperceptible details exhibited even in the short piano pieces written at the end of his career – that proved more important to a composer like Arnold Schoenberg who, after following the harmonic evolution from Wagner’s chromaticism to its inevitable dissolution of tonality altogether, decided he needed more of a “system” to wrap his musical ideas around, curiously finding inspiration in “Brahms the Progressive” as he invented something called “serialism” (more correctly a “system of composing with twelve tones”) which is only a neo-classical way of looking for something different from but comparable to the systematic rules we learn in theory classes that comprise what we call “tonality.”

And I can’t think of a composer more maligned for being “difficult” than Arnold Schoenberg.

Prausnitz uses a quotation of Sessions’ as an epigram for his biography’s preface:

“Every composer whose music seems difficult to grasp is, as long as the difficulty persists, suspected or accused of composing with his brain rather than his heart – as if one could function without the other.”

The same is true of Elliott Carter and Arnold Schoenberg, composers whose music is usually dismissed as requiring too much work to listen to and is too different from what we’re familiar with to warrant serious attention.

But the same was true of Brahms, a composer who you’d think had gained a certain amount of self-reliance after coming to terms with writing a symphony after Beethoven, yet following the reaction to his 4th Symphony was still insecure enough to destroy at least two more symphonic works, one far enough along to have played it for a test-drive with his friends!

The key to Sessions’ comment, written (I suspect) in the 1950s, is that “as long as the difficulty persists.”

Perhaps there will come a time when Schoenberg and Carter’s music – as well as Sessions’ – will be accepted on its own terms, and the negativity, like that which pursued Brahms as well as Beethoven and, most certainly, Bach, will have been forgotten.